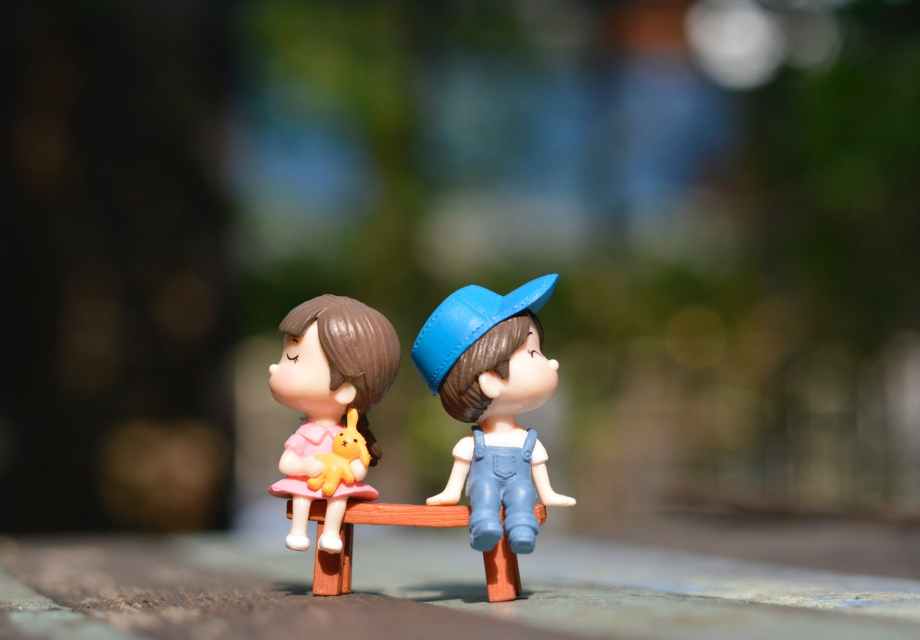 You could ask my heart,

But like a jigsaw puzzle, it’s been torn all apart

It was a causal thing that he and I had. It was never meant to be serious or have a name. But it doesn’t mean my heart didn’t shatter into a thousand pieces when I found out how he’d been lying to me for three years.

They say that God works in mysterious ways. I have to say, I think I finally understand it more than I ever did before. My ‘support’ on filing day ended up being the very man who would have me listening to break up songs on repeat. I never thought that letting go of him would turn me into a puddle of emotions.

The day of my filing, my friend was there. He and I had something between friends and a full-fledge relationship. Every time we got close to defining what we had, he would switch course. I should have run away the first time it happened, but I was confident that some day he would have as much invested in me as I did in him. (This is the very thing I warn my friends about believing.)

I sat down next to the self-help center and looked across the hall because I could hear the faintest chuckle. There he was. Sitting on the bench giggling at me and shaking his head. I walked over and took a seat next to him. I asked why he was there. He was veiled in his response , but as my usual course of action, I didn’t press. I told him that I was there for the divorce workshop. After a few minutes, he told me that he was there for the same. It seemed weird we hadn’t spoken of this before since we speak almost daily. I was taken back. I didn’t even know that he was married. I didn’t ask who he married he just offered up his daughter’s mother’s name as his wife. I didn’t know what to say. I mean, it was all new information for me. But still, I was glad he was there. Had he not been there, I am not sure I would have made it across the threshold into the classroom to work on the divorce paperwork. My knees literally buckled at one point. He was behind me and just kept me moving.

What happened next was either divine intervention or pure curiosity. We had both dropped our paperwork in the after hours drop box to have them recorded at the courthouse later as the intake windows closed an hour prior. A few days later I check for my filing number and then checked for his. I check for his to give him a head’s up it was recorded. I mean the excitement of it being real was eating me up. I imagined he felt the same, but the shock came when I saw the respondent’s name to his divorce. It wasn’t his daughter’s mom. It was the name of the ex that had come up every time things between us became serious.

There were options. I could just ignore it or I could confront him with what I knew. I chose the latter. He begun explaining with ‘I’m sorry, but I didn’t want anyone in my business’. Was he for real? He’d been in my house, in my bed and part of my child’s life for three years. How was I already not part of his business. Then he said the one thing that could hurt me, “My daughter doesn’t know I’m married”. The tears broke the dam. What kind of man lies to his child? Even a lie of omission is a lie to me when it comes to children. How was the omission to protect her. It was about his ego. All of it was about his ego. She and I meant so little that honesty was something he didn’t believe we deserved. And so, it ended. I told him I was done with him.

The problem now is getting over him. We were friends for three years. A little piece of my heart will always be with him, but the lies are too much to bear. No looking back in the rearview.